An incredible recognition of the rich and diverse heritage of Strasbourg

In 1988, “Strasbourg – Grande-Ile” was inscribed a first time on UNESCO’s prestigious World Heritage List. This list gathers cultural and natural sites for their outstanding value. Strasbourg is the first French city whose inscription concerns not a single monument, but an entire historic urban centre. In 2017, Neustadt – the German district, built by 1870 – joins the Grande Ile.
This decision reinforces the marriage of the city’s French and German identities, which makes Strasbourg the natural birthplace of tomorrow’s Europe.

Enclosed by the boundary of the Ill River and the Canal du Faux-Rempart, the “Grande Ile” island is connected by 21 bridges and footbridges to the rest of the city, of which it comprises the historic core. It features a remarkably high-quality collection of monuments. The Cathedral‘s single spire towers over the city’s steep roofs, with their quaint dormer windows on several levels. The churches of St. Thomas, St. Pierre-le-Vieux, St. Pierre-le-Jeune and St. Etienne, the buildings of the Œuvre Notre-Dame, the former Grande Boucherie (slaughterhouse), the “Neubau” (the current Chamber of Commerce and Industry), the Palais Rohan and the Aubette: rather than being isolated monuments, these buildings all fit together as pieces of a very intricate urban fabric.

City of Art and History

In 2013, Strasbourg was awarded the title of City of Art and History. 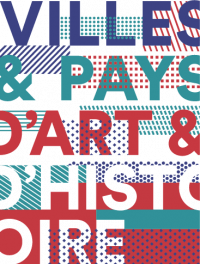 This “new town”, built from nothing between 1871 and 1914 after the Prussian annexation, tripled the city’s surface area and became the gold standard of the Reichsland in Alsace-Lorraine. As a whole, it is characterised by the unity and exceptional quality of the architecture and urban planning, which integrates it beautifully into a setting of wide-open views of artfully designed landscaping. And thus emerged a modern, functional city, representative of the technical advances and hygiene policies at the turn of the 19th and 20th centuries, enabling Strasbourg to compete with the major transformations that Berlin and Paris were also experiencing at the time.